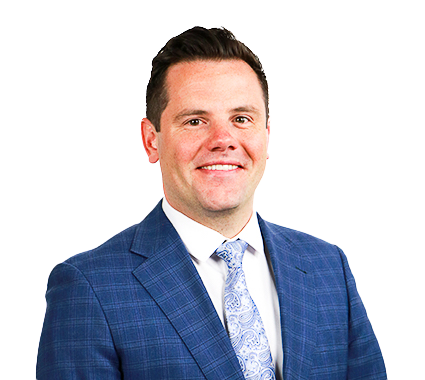 Michael is a Sioux Falls native, and serves as the Correspondent Banking Manager for The First National Bank in Sioux Falls, the owner of The Advantage Network. As part of his role, he works with our member institutions to manage their correspondent banking.

He left the state briefly to get his undergraduate degree from the University of Minnesota – Twin Cities before coming back and earning his master’s from Augustana University. Michael is also a 2017 of the Southwest Graduate School of Banking in Dallas, TX.

“I came to First National for a career opportunity, but I will stay because of the people.” Michael says the Bank’s commitment to family values and his growth personally and professionally is something he doesn’t take lightly. He’s been in the industry since 2010, and with FNB and Advantage since 2013.

“I came to First National for a career opportunity, but I will stay because of the people.”

Outside of work, Michael enjoys spending time with his kids, and the occasional round of golf. He’s also an active volunteer with Junior Achievement, Feeding South Dakota, Rake the Town, and The Sioux Empire United Way. He says it’s extremely rewarding to give back to the community he grew up in.